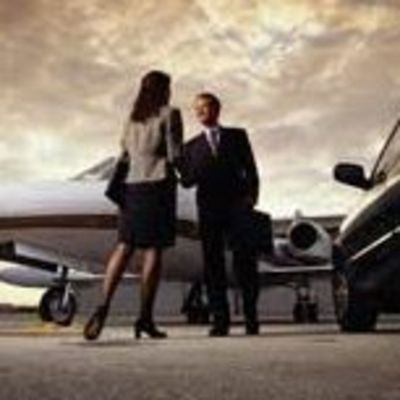 03/14/2020
Customer : v. smith
"Vladimir 10 people and a 12 passenger tow car. Was very tight. No ice was available as they mention would be. Driver was ok. We had to actually tell him to get out the car and open the doors. In spite of the fact that gratitude was included, we still gave him an additional tip of $50.00"

02/17/2020
Customer : A. Tracy
"Our drive showed up early for pick-up and helped load and unload out 15 suitcases. He was nice and friendly and chatty on the way to our cruise ship! Will use the service again for sure!"

01/05/2020
Customer : P. Murphy
"Ronnie from Edge Limousine Services was kind, polite, and professional when he picked me up at 4 AM. The SUV was extremely clean, and Ronnie gladly provided water, which was appreciated. Our conversation was light but interesting. The reservation process was also easy and efficient. Thank you. I will use limos.com and Edge again."

10/07/2019
Customer : D. Meyers
"Have been using Limos.com for several years now, and far prefer them to Lyft/Uber. I know what I&#x27;m getting, have a company with real people behind it, and can make arrangements on a laptop. (Not everyone has a smart phone!)"

10/07/2019
Customer : D. Schrei
"Limos was excellent at keeping me updated on changes to my reservation; however, there were many. It was to the point that I was uncertain as to whether my reservation would be cancelled. The pickup driver at my home was pleasant, but found he was getting sleepy at the wheel, stirring us to engage him directly in conversation to keep him awake. The driver from the airport was very nice, prompt, and alert!"

10/07/2019
Customer : D. Conway
"Ride was was very good. But, I was disturbed to hear from the driver that Limos.com has not paid him and other drivers for 6 months. If that’s the case I will not be using Linos.con in the future. Your company is only as good as its drivers. If you lose your drivers due to not payment your company is doomed."

07/28/2019
Customer : P. Emery
"We will use you again. Driver picked us up on time and got us to the airport on time. Very nice and talkative. Didn’t seem to know the best route to the airport but in the end everything worked out OK."

06/28/2019
Customer : C. Rung
"The company I was quoted for dropped my ride so I was picked up by an alternate service, which was not what I expected at all. Ride home was tough to arrange with the driver, he was pretty uncooperative. Overall I got to where I needed to be, but it was a headache each way."

06/12/2019
Customer : P. Milach
"Driver on time for pick up but drives like a mad man. Constantly changed lanes and drifted over the lines at 80mph. We got to the cruise terminal ahead of schedule but not in a relaxed state. Hope we get a different driver for the return trip."

06/11/2019
Customer : H. Casler
"I was so pleased with our ride from Midtown Manhattan to LGA with AM Limousine. Our driver, Qasim, reached out early with a text letting me know how to contact him and that he was available early if needed. He arrived early with a perfectly presented vehicle. The ride was comfortable and his conversation was engaging. I would highly recommend this company and will use them in the future!"

06/11/2019
Customer : R. Marcus
"We booked our NY Eve Ride with Limos.com. We got a very good rate. The driver was prompt and courteous. He followed up frequently by phone and text. He drove us to our Destination and waited to drive us back. He was a good driver. We were very pleased."

03/23/2017
Customer : I. Magliato
"Ali Z was professional , arrived before time, was accessible via mobile at all times and his vehicle was in pristine conditions. and was stocked with soft drinks and water. He took time to show us how to operate the features for comfort during the ride. We will certainly book again with him."

12/22/2015
Customer : F. SANTOS
"Dear Manager, Good day. The service that was hired was not held in limousine sedan car Lincoln model, was celebrating my silver wedding with my family, and to my surprise me appeared a driver in a car model truck chevrolet without a clue where we were going to dinner: Restaurant BUDDAHKAN, It was not at all what I hired the company therefore will not recommend more this company for me and other friends, Regards, Dr. FÃ¡bio LÃºcio Santos"

12/22/2015
Customer : R. Bruno
"Driver was late for pick up. When driver arrived there we noticed 'bullet holes' in the rear lower door. It was embarrassing to me with the clients I had traveling with me. Driver was elderly an seemed nervous and did not drive over 55 mph! We were over an hour late to the function we attended. "

12/22/2015
Customer : J. Tuccio
"Driver was very skilled and courteous. I was told we would have a Lincoln Town car but it was a SUV. Not very comfortable! After a 9 hr. cramped plane ride , I was disappointed."

12/22/2015
Customer : K. Monninger
"The driver was on his phone for a good portion of the ride. He also tried to tell us that his tip was not included, and argued that he wasn't being tipped. That experience was very much a turn off"

12/22/2015
Customer : E. Elmhirst
"Driver was fine. AC didn't work for first half of ride. Ruined the entire evening as it was extremely hot and muggy. "

12/22/2015
Customer : R. Brown
"WRONG CAR, DRIVER, I SPECIFICALLY SAID NO STRECH LIMO SO BAGGAGE WOULD NOT BE IN CABIN. MY CONFIRMATION WAS FOR A 12 PAX VAN AND NOT A LIMO. DRIVER LIED AND SAID I WAS OK WITH IT. "

04/18/2015
Customer : j. mccarthy
"This was the worst experience i've ever had! the limo was booked for 12 people it may have been able to fit 8 95lb women. the driver was a half hr late the limo was filthy and disgusting the bottom of the car kept making noises as if we were going to break down. the driver did not know where he was going. when we got to the bklyn battery tunnell the ez pass had a low balance so the cops pulled us over and then detaines us longer because the car was missing the required livery license plate!!! the pick up should have been 7pm for our 8pm reservation we arrived for our resrvation at 9:45!!!!! this was unacceptable!! i want a full refund not a voucher for a future trip because I will never use you again! you ruined what should have been a great night!"

04/16/2015
Customer : G. HAMILTON
"The driver was not professional, had me set his GPS. He didn't know how to use the car thus we spent the entire 1.5 hour ride with the heat on full blast. He even made the statement, 'I have never driven this vehicle before. I don't know what's wrong.' They were billed as a 4 star service, but the vehicle was very old and even had a broken windshield. All around bad experience."

03/31/2015
Customer : S. Para
"Limo was extremely outdated with loose plastic panel in inside rear, ripped seats, loud noise under vehicle. Was not sure if we would make it to our destination and back. Drop off was at venue and pick up was a several blocks away and had a decent walk to get the limo in unsafe area."

Limo Service Response: "its so strange,when driver drop her no complain,but at pick up time at prudential center if any one chek at map,its in hear of city,and every event time poice close road,no one can enter.police close all streets.so whats driver fault,so peoples are so strange they want all facilities,yes we try,we serves soft drinks complimentry. we try our best but if police use precautions.then miss remember,ohh stretch was bad. any one can chek pictures of car,we are ready to show car any where,if any one said car is as she is telling we will give free services."

03/04/2015
Customer : J. Sprecher
"The vehicle was old and there were open water bottles. Don't charge for tolls if the client doesn't go any where that needs to pay the tolls "

05/31/2014
Customer : C. Zeidman
"There are no issues with the driver Chris.. He was fine. The limo that was sent was in HORRIBLE condition. The outside of the limo looked spray painted. Some areas were rusted. Some areas had tape holding the edged on. The inside was not clean. Unmatching glasses. There was a hole on the seat covered with duct tape which covered up a rusty nail. We know this because my mothers dress got ripped on it! The company was not able to send us another limo. We spend a lot of money and had a completely embarrassing limo. I fully expect compensation. Rick from limos.com has put in our compliant so I know I will be hearing from you this week. I do have pictures of this unacceptable limo."

05/22/2014
Customer : B. Cosgrove
"Very kind driver and a reasonable price. Awesome experience. I would do it again."

05/09/2014
Customer : M. E
"This is the worst limo company I have ever dealt with I would not recommend them to any future costumers. I booked a reservation with them about a month and a half before the date I needed the limo and exactly one day before my even I receive an email from them canceling my reservation. Not only had I spoke on the phone with their company a week before to confirm my limo reservation but over the phone they had to me everything was set and ready. In their email they informed me thag I had chosen the wrong package deal and demanded that I do the 6-10 hour package which cost several hundreds of dollars more. I tried explaining to them that I did not need a limo for 6 hours, but they would not hear me out. While speaking with them they were blatantly rude and disregarded everything I tried to tell them. So if you are considering booking with them I advise you not to since the are very unprofessional and rude. "

Limo Service Response: "THIS BOOKING THROUGH LIMOS.COM.WHTS OUR FAULT,WE DONT KNOW ANY THING. "

04/05/2014
Customer : e. barrington
"The driver was too slow and we miss our reservation for the restaurant. also he took a four trip and made it into 5,6 hours to get more money. I was very unhappy and we went though one toll and got charge $21. dollars. what bridge did we cross for 15.00 I should not be charge for the trip from where the car is coming from to pick me up. "

Limo Service Response: "VERY SAD DRIVER WAS BEFORE TIME,THEY COME OUT LATE AND THEY USED STRETCH AS A SHUTTLE SERVICES.WHICH WE NEVER ACCEPT,BUT BECAUSE OF THEY FEEL HAPPY . WE GIVE THEM SHUTTLE SERVICES.IT WAS SO STRANGE ONE CAR THEY USED PICK UP DROP/FOUR TIME PICK DROP. HOW ONE CAR TAKE ROUND WITH OUT TAKE TIME.TERE WAS TRAFFIC ALSO WHEN DRIVER COME BACK ,PASSENGERS WAS NO READY.SO SORRY OF THESE CUSTOMER. "

03/22/2014
Customer : I. Alovert
"This was the worst experienceI've ever had renting a limo. I have sent a separate email to customer service regarding the limo that I received. I was in bad shape, broken, rusted out, and not large enough. I sent pictures to the customer service. I expect to get my money back."

Limo Service Response: "JUST FOR NOTHING WE GIVE BACK MONY"

01/16/2014
Customer : N. Smith
"This was a horrible experience. The driver arrived hours late and the limo operator on the phone was extremely rude. This was terrible service and I would never recommend this place to anyone !"

Limo Service Response: "THAT,S SNOW STROM DAY.NEAR HIS HOUSE LOT OF SNOW DRIVER STHCK UP THERE MORE THAN TWO HOURS.DRIVER WAS EARLY.I ALI CALLED TO CUSTOMER,ACTULY HE WAS NOT READY.HE SAID TAKE YOUR TIME NO PROBLEM,DRIVER PICK UP THEM,45 MINUTS LATE,ACTULY HIS GUEST CAME LATE. BUT WE GIVE HIM 1.45MINUTS EXTRA WITH OUT CHARGES. "